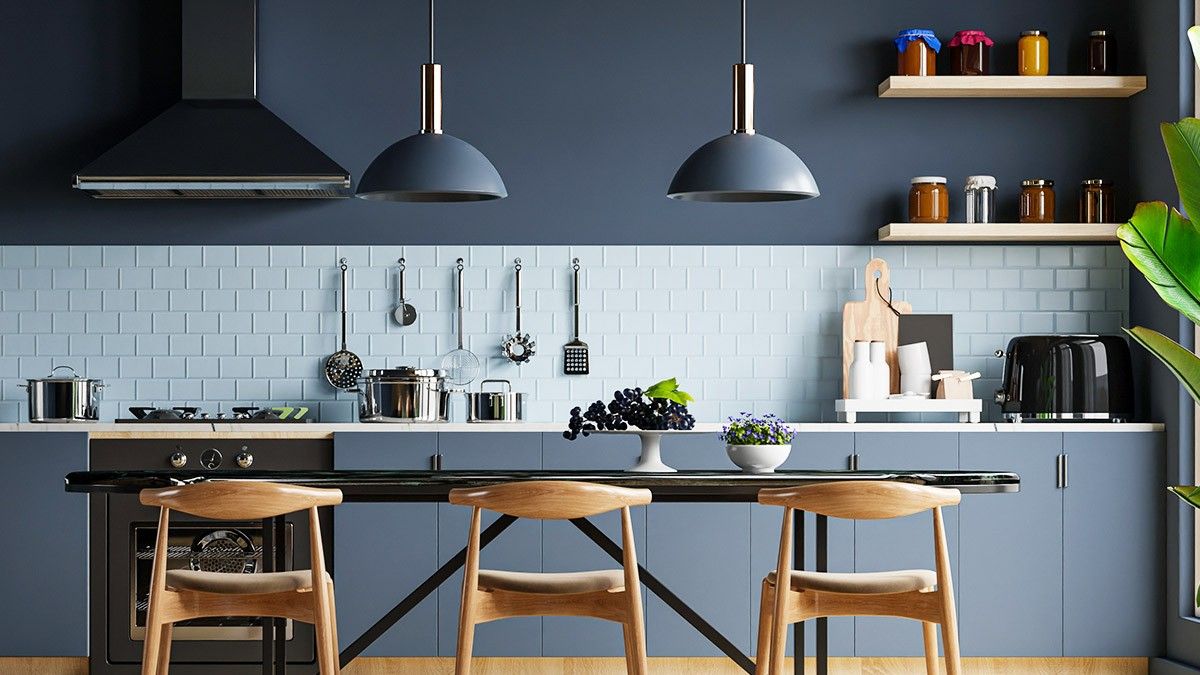 Few areas of a home you hope to buy get more attention than the kitchen. This is where you may salivate over smart appliances, melt over waterfall countertops, imagine entertaining guests for your next dinner party… and given all the hopes and dreams pinned on this space, it’s no wonder that the kitchen can make or break a decision of whether to make an offer on a home.

Yet in the excitement of a finding a kitchen you love, it’s possible for some homeowners to overlook subtle problems in terms of its layout and design. Sadly, not all kitchens make the grade when it comes to the placement of appliances, flow of foot traffic, and overall craftsmanship. And since this area is a workhorse that must run smoothly, such flaws may eventually drive you nuts after you’ve moved in.

So lest you get blinded by all those shiny appliances and gleaming counters, here are some telltale signs of poor design in a kitchen. Take note and watch out! The fridge is too far from the sink.

A kitchen work triangle is the gold standard when it comes to kitchen design, and for good reason. When a solid triangle is in place between the refrigerator, stove and sink—all within easy reach, with nothing blocking your movement—you can efficiently maneuver from each station to prep, cook, and clean up with ease.

Of course, some kitchens can’t easily support this triangle—such as galley kitchens—but just about every other sizable cook space you look at should have one, period.

“It’s a dealbreaker in big kitchens if there’s no work triangle, since without it everything is spread too far apart and the space will be too hard to use,” says Cristina Miguelez, a remodeling specialist at Fixr. Loose cabinets mean a wholesale remodel is next.

“I’d look for cabinets in the kitchen that appear to be damaged by water or hard use, but also those that are out of alignment too,” says Jamie Gold, a wellness design consultant and author of “Wellness By Design.” If cabinets aren’t hanging well, it means the doors won’t close properly. “Well-made cabinets are often the most expensive item in a kitchen remodel since replacing them also means replacing the countertops, sink and faucet.”

The insides of your kitchen drawers are likely cheap and need replacing if you notice that they’re hard to tug open. Sagging bottoms inside, possibly because they’re made from particle board, can prevent them from smoothly gliding outward.

As Gold points out, “exposed particle board in cabinet boxes and drawer bottoms that are sagging or coming apart aren’t worth the expense of refinishing because it just means cosmetic surgery for a terminally-ill installation.” Two or three different appliance colors could be a red flag.

On the surface this may not seem like a big concern since most folks can live with a white fridge and a black stove (and a tan dishwasher). But three different appliance types or colors are more than just unattractive—they can signal a deeper problem.

“These could have been replaced at different times due to regular power losses, which can cause a surge and make appliances die quickly,” says Miguelez. Mismatched stoves and dishwashers could indicate an electrical problem, which can be fixed with a home surge protector, “but this is costly so it’s definitely a potential warning sign in the kitchen.”

Kara Harms, the design mind at Whimsy Soul, notes that multicolored appliances or those of differing brands may have bought on sale, so “watch out for a dishwasher purchased on clearance because of a faulty door lock.” Her advice is to “ask the broker when the kitchen was last redone, research the models online and then if you find they’re just too old, negotiate a better price.” A fully tiled backsplash looks better and might be easier to clean.

Not every kitchen you see will have high-end stone or imported tile running along the wall. But when the counter material is used to make a short backsplash, the resulting look is unfinished and kind of cheap.

“This may be a personal choice, though a full backsplash does help contain mess better than a thin one on the wall,” says Miguelez.

6. No flooring under the island

What’s underneath the island? You hope it’s a continuation of the kitchen’s floor, but some folks cut corners, says Miguelez, and the flooring isn’t extended here. “This can be an issue if you want to change the island in some way later on,” she adds. If you can, ask the listing agent about the flooring below the kitchen island so you know what to expect. Is the island centered with the French doors leading to the patio? And is it close enough to the work spaces you need to reach, like the stove and refrigerator? A kitchen island that’s placed with the view in mind or an exit to the outside isn’t one that’ll feel user friendly. Instead, you want a comfortable travel space around the island and between the counters opposite it, not one that’s leaves you reaching with heavy pots, an armful of food and more.

“We use a lot more gadgets now than we did 60 years ago, but so many old house flips have too few outlets around the counters,” says Harms. Not only does this hinder your cooking style but this outlet situation could be the sign of worse to come, she adds, “because if the kitchen isn’t upgraded to more modern standards, there’s probably other outdated parts to the house—more than meets the eye.”