Are Erin and Ben Napier of ‘Home Town’ This Holiday’s Hottest Movie Stars? 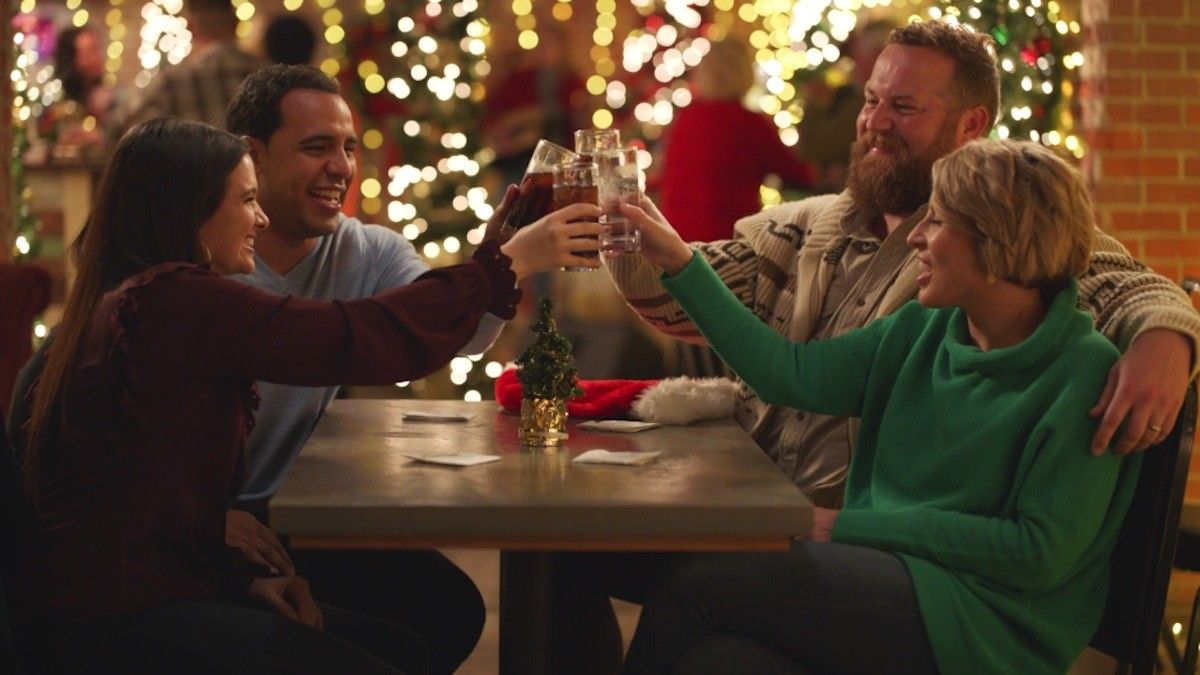 Home renovation specialists Ben and Erin Napier have made quite a name for themselves on their hit HGTV show, “Home Town,” so we guess it’s no surprise that they’re expanding beyond reality shows. They’ve just starred in their first movie.

A Hallmark movie, to be precise: On “A Christmas Open House,” the plot revolves around a single real estate agent in Atlanta named David and a professional home stager named Melissa as they attempt to prepare her family home in two weeks for an open house, and hopefully a sale on Christmas Eve.

We can’t help but think that Ben and Erin—who pitch in on some staging and renovations for the property before the big night—would never, ever suggest that clients list their home and have a big open house on Christmas Eve.

Who goes house hunting on that night? Possibly people who don’t celebrate Christmas? But if so, will they really appreciate all the Christmas decorations that deck the halls? We think not. 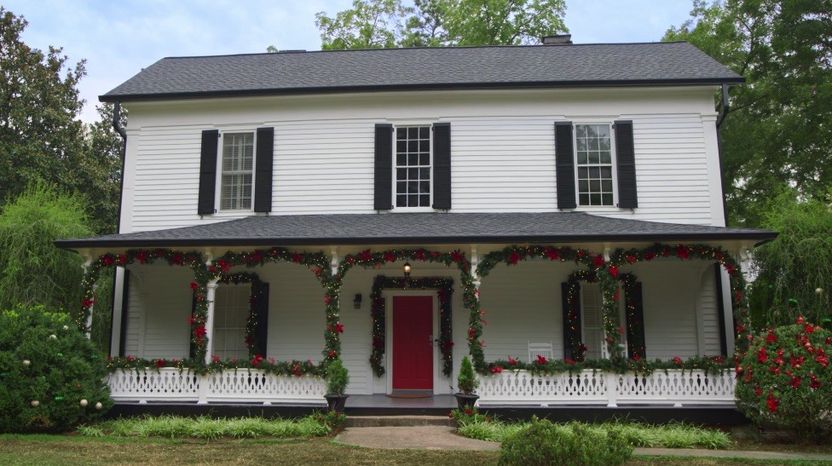 Despite the dubious plotline, Ben and Erin come across as very real and do an excellent job of portraying exactly who they are: a sincere, happy couple who are outrageously talented home renovators. And along with showing off their acting chops, they squeeze in a scene where Erin plays her guitar and Ben sings along, natch. 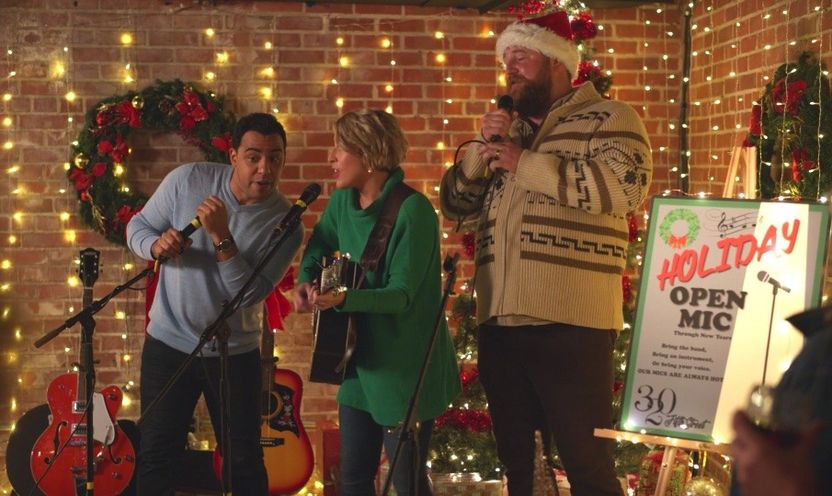 Erin and Ben Napier jamming with a friend

And by the movie’s end, they also deliver some excellent renovation and staging advice. We’ll spare you the hokey Hallmark moments and get right down to the tips on how to decorate, renovate, and even sell a home during the holidays.

A new mantel can elevate a living room 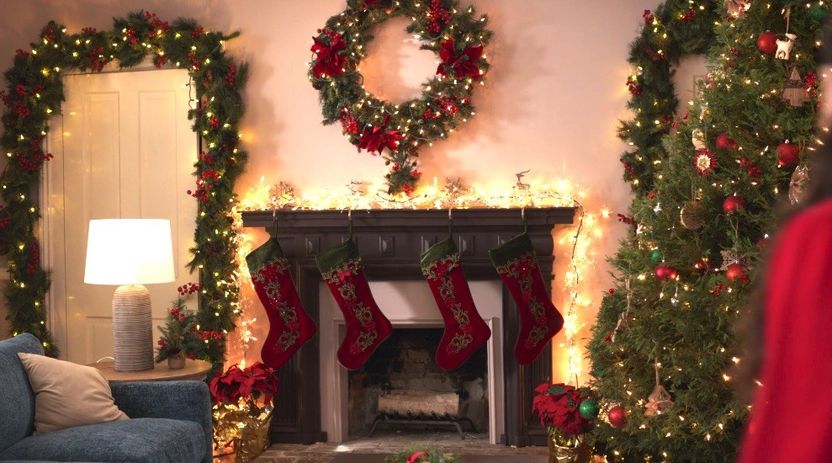 David and Melissa know they need to add some pop to the old living room, and since the existing mantel is looking a little sad, they ask Erin and Ben to help them design something more contemporary.

Erin loves the idea of having her husband build them a new mantel, but she has her own ideas about the style.

“It’s a little more traditional,” she says, showing them her rendering. She knows the contemporary style they asked for will not fit as well with the traditional home they showed her in the photos.

David and Melissa love her idea, believing that the seasoned pro knows best.

Mahogany is the ideal wood for a mantel 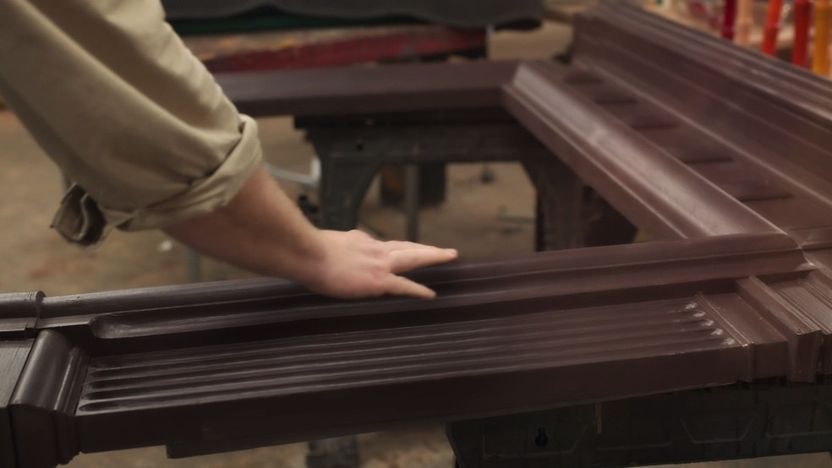 “I went with mahogany because it’s going to be against a fireplace, and I thought about shrinking and the heat drying it out and everything,” says Ben as he shows off the gorgeous mantel he’s created.

“I used all mortise and tenon joints, and I used domino joints, and these are handcarved flutes…” he continues, caressing the wood. Then he stops himself and apologizes, “Sorry, I tend to get in the weeds.”

“Don’t ask him about table saws, we’ll be here all night,” his wife chimes in.

Still, their point is well-taken that one should choose wood carefully when it will be stationed so close to a fire.

A porch swing completes a house 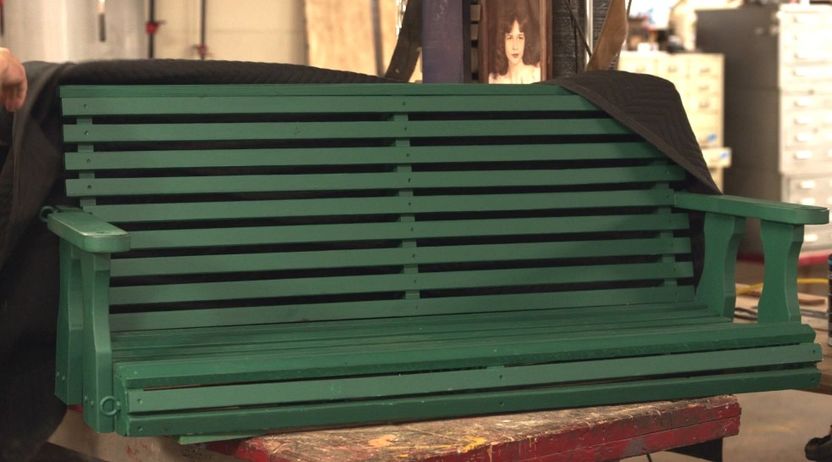 In one of several FaceTime conversations to hash out other staging details, Erin says, “David was showing me a picture of the front of the house, and I kind of feel like something’s missing.”

She then shows them a rendering she’s done of a wood-slat front porch swing.

David and Melissa go nuts over the idea, realizing that it will add infinitely to the curb appeal.

“There’s something to be said for a cold glass of lemonade on a front porch swing,” Erin says when they show the couple the completed project.

“If it’s on the front porch, it’s got to be sweet tea,” argues Ben.

Everyone agrees, though, that no matter what you’re drinking, a front porch swing makes a house feel like a home. 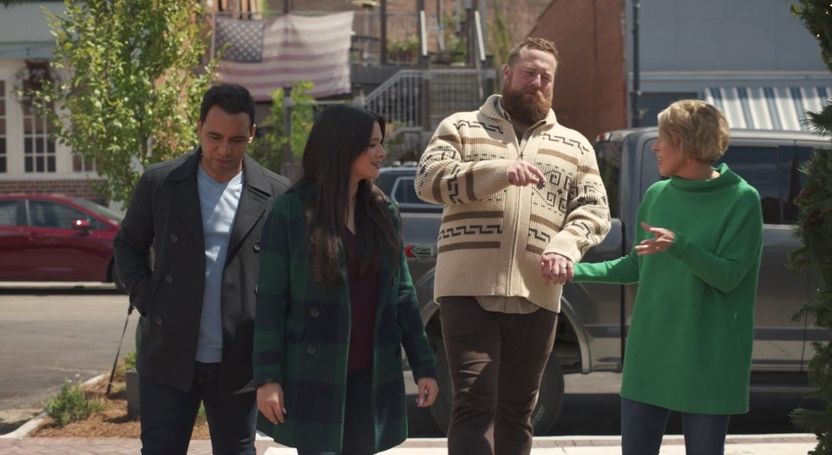 Discussing the benefits of small-town life

When David and Melissa go to pick up the mantel and swing, Ben and Erin invite them for a stroll around their small Mississippi hometown.

“There is a saying about small towns,” says Erin. “How they’re all kind of the same in their own unique way.”

Ben chimes in, “But people are also always saying, ‘Oh, I couldn’t care less about this or that.’ But we like to say that in a small town, we couldn’t care more, which is why we love it so much.”

The Napiers are among the biggest small-town advocates in America. That’s a major portion of their charm.

Starting a family business is no picnic 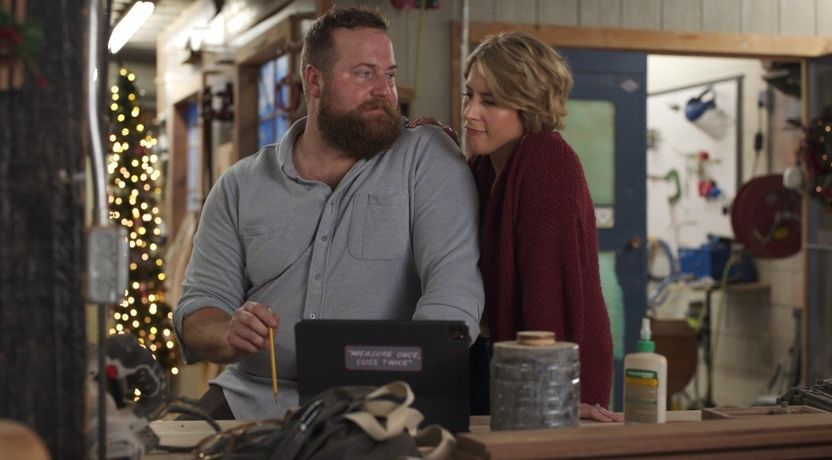 Talking about starting their own business

Melissa is contemplating leaving her job and starting a business. She asks Ben and Erin what it was like starting their own business, and you can’t help but think they’re speaking from their own personal experience, not from a script.

“We always wanted to have a family business. It was something that we wanted to do together,” says Ben. “But in the beginning, there was no money. We were spending money, we didn’t really have any clients, and it was terrifying.”

“But we always knew it was the right thing, even when it was terrifying,” adds Erin. “One day it stopped being terrifying, and it became really great. And we’ve never regretted it. Never.”

Amen for Affordability! A Former New York Church Is Available for $359K

Built in 1730, a Classic Connecticut Farmhouse Is the Week’s Oldest Property