It’s in the Vault: Former Rhode Island Bank Building Ready To Cash Out for $749K 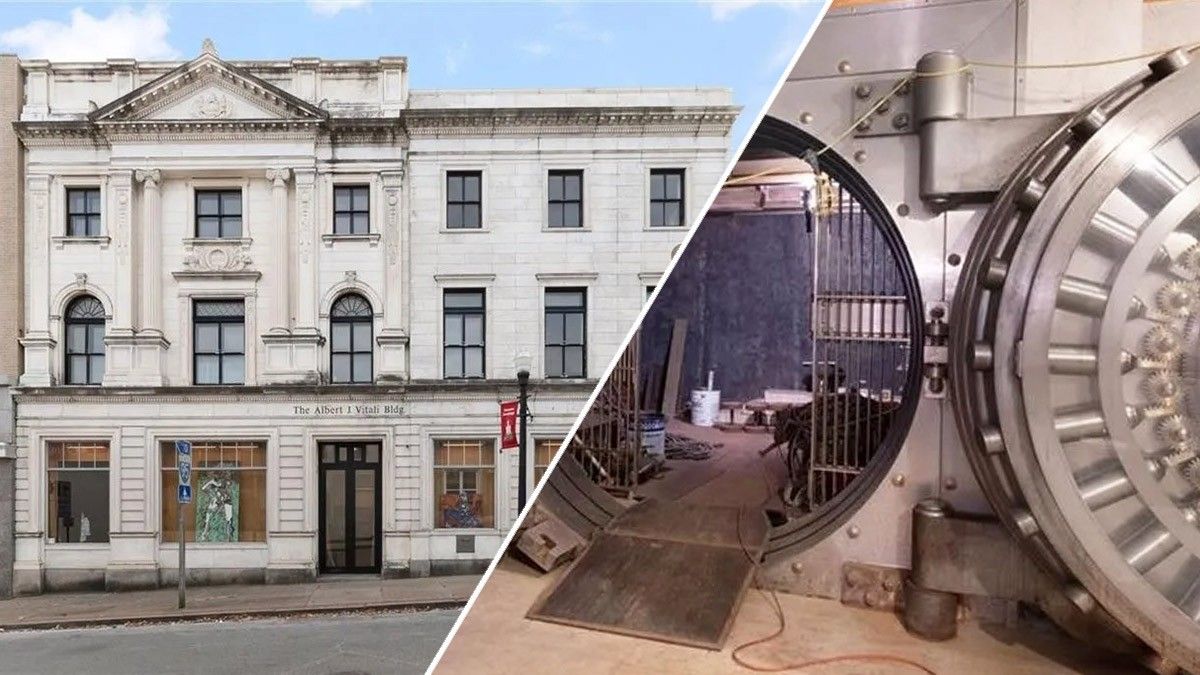 A historic bank building in Pawtucket, RI , is ready to lock up a sale.

Built in 1901 as Providence County Savings Bank, the four-floor, 10,452-square-foot neoclassical building is listed for $749,000. While no longer a bank, the structure could find new life as any number of different spaces.

One fixture that’s not going anywhere is the eye-popping basement vault.

“It’s in amazing shape and pristine on the interior and very well-preserved,” says listing agent Kira Greene, with Compass. “The vault has really captured people’s imaginations.” 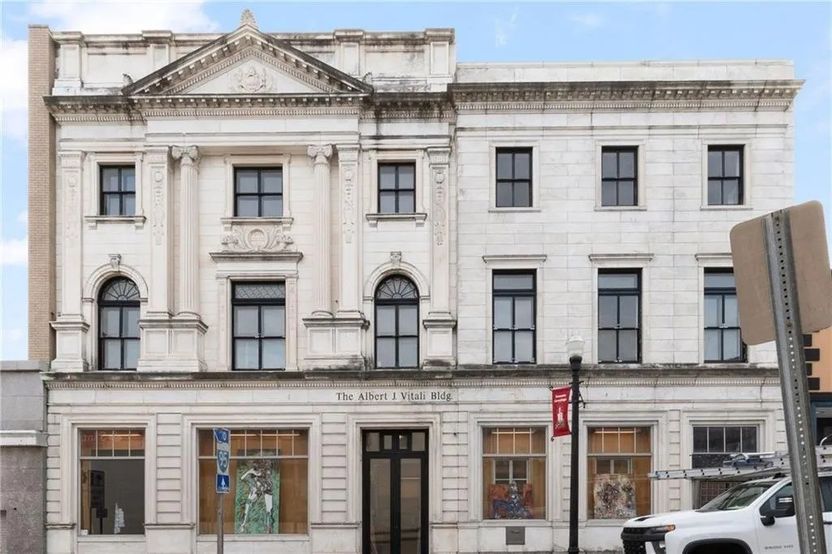 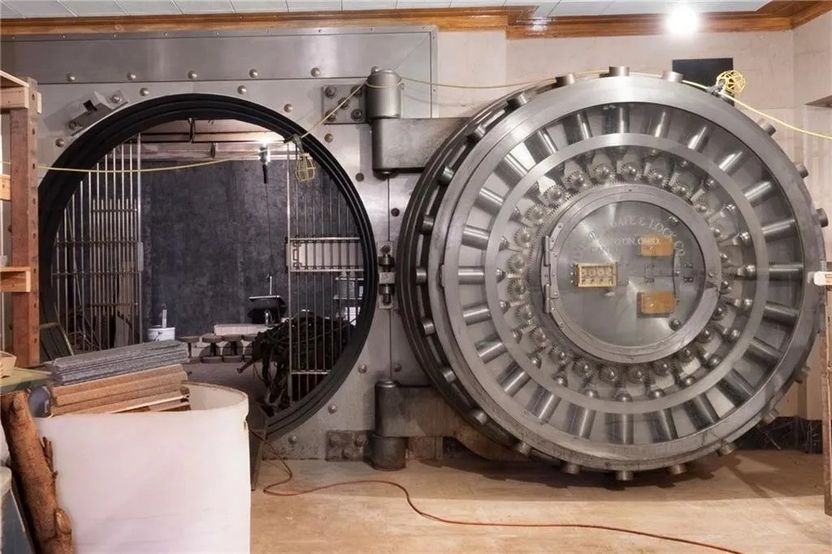 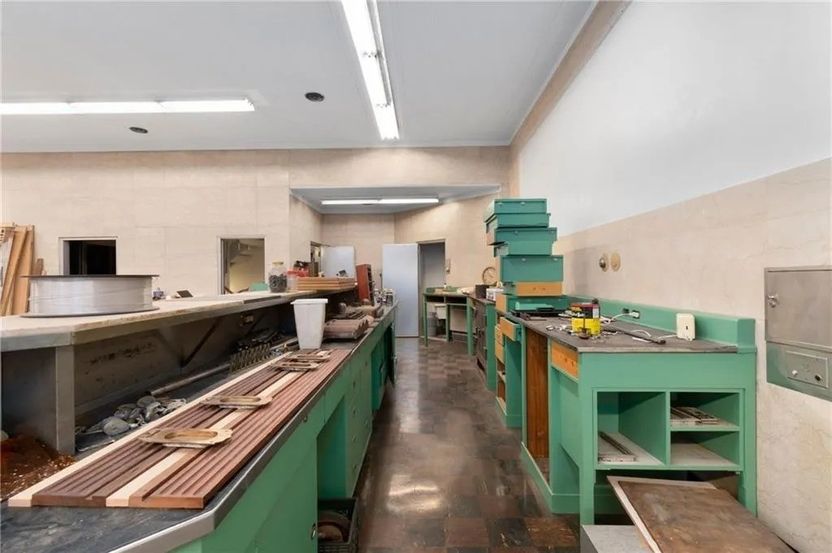 The vault is on the lowest level and can’t be removed, even if a buyer wanted to.

“The building was actually built around the vault,” Greene explains. “The vault was built first into the foundation of the property. … It’s enormous and kind of breathtaking.”

The vault’s door is set in an open position, because nobody has the code to it.

“Someone needs to get a locksmith to reset the code,” Greene says. “Years ago, they had an expert come up from New York who said it could be done, but it remains in the open position. You need a specialist; and obviously it is a specialty trade, resetting a vault code.” 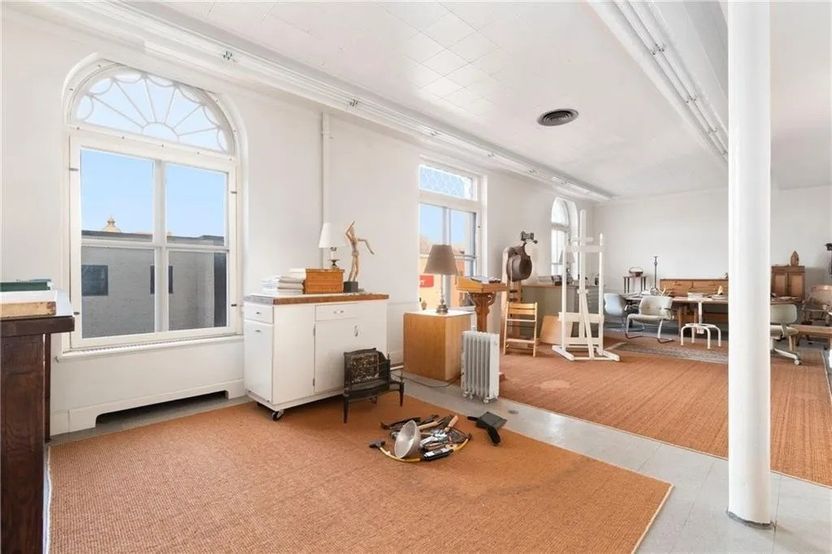 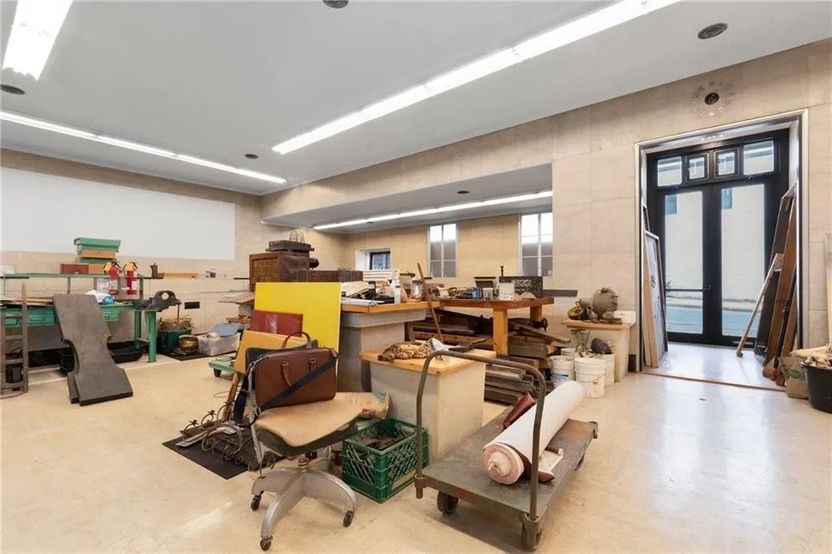 Greene says the vault, the size, and zoning possibilities mean it could be just about anything.

“Its use is really flexible,” she notes. “I think there’s rarely a listing that I’ve had where someone would say, ‘What are you going to use it for? Who’s going to buy it?’ I can’t answer that question.”

Green says she has had more than a dozen showings, and more are scheduled.

Greene says she could imagine a restaurant on the lower level, with the vault downstairs as a cool bar area. 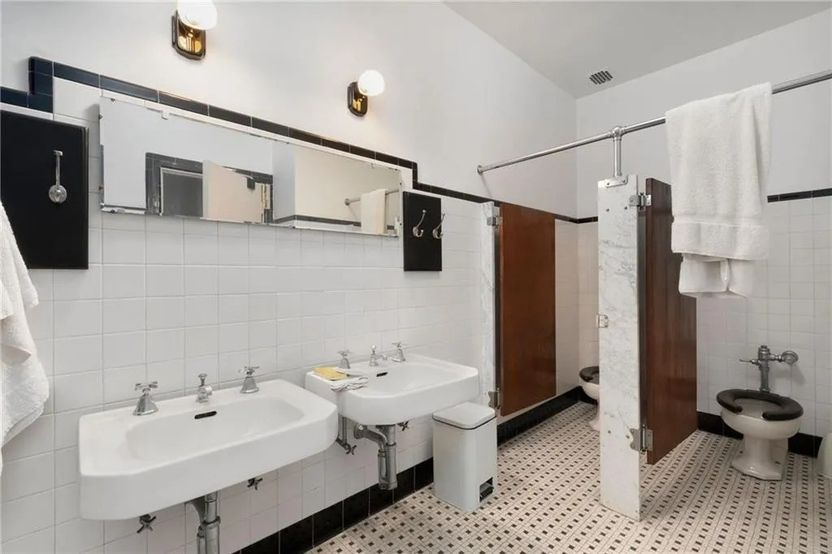 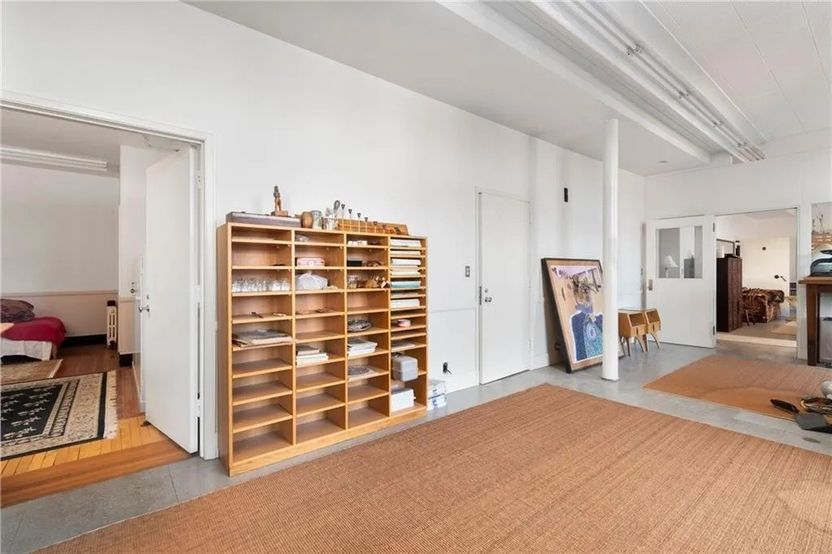 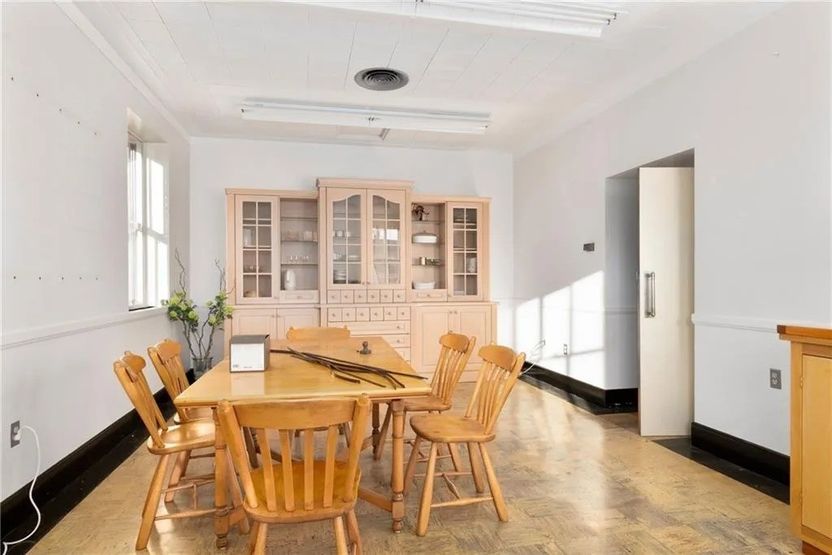 The current owner is the building’s fourth, and he has used the property as his art studio for 20 years.

There are “huge windows, so he would create art with all the light flooding in,” Greene says, adding that he has renovated and maintained the building’s interior. “It’s obviously dated; but if you look at the painting and the ceiling, there’s not a crack. … It’s in pristine shape.”

Certain original elements—such as the marble, masonry, and a tellers’ area—remain. And there’s still a working elevator.

The space even has eight bedrooms, four baths, and a kitchen

“We counted the larger rooms—that had closets—as bedrooms,” Greene says, explaining how she came up with the bedroom count. “There are a lot of rooms, which is why I can see this becoming residential.”

Or the former bank could be turned into a mixed-use project, bringing the vault into play.

“Physically, it’s beautiful—big and shiny and magnificent-looking,” Greene says. “I think people may buy the building to do something creative with the vault. I can’t answer just what that is yet.”

Ready for Its Close-Up: Gabor Estate in Palm Springs Slinks Onto the Market for $3.8M

Buyer Beware of Mortgage Wire Fraud: Here’s How To Not Get Scammed